We know that some viruses cause joint pain and inflammation (swelling, redness, and heat). This may cause viral arthritis and may require treatment immediately. Researchers have wondered for a long time whether some kinds of arthritis with unexplained causes, so that may be the result of a virus. At the same time, no one knows, partly because the virus itself may be long gone before a patient ever develops the pain and inflammation of arthritis.

This guide will help you understand:

Where does viral arthritis develop?

Most viral infections in the body cause a limited illness. As a result, the body’s immune system destroys the virus, and the symptoms of the illness go away. 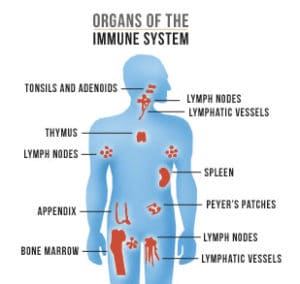 Which viruses cause viral arthritis?

Several viruses cause problems with joint inflammation and pain. We have listed some of them below:

Parvovirus B-19 is a common virus. About 60 percent of adults acquire this virus at some point in their lives. Parvovirus B-19 causes the illness called the fifth disease, which causes a rash on the face and body. People usually get fifth disease as children. About 15 percent of children with fifth disease have some kind of joint pain. However, it usually goes away quickly. Almost 80 percent of adults who get the fifth disease report sore joints within three weeks of the infection. It can be any joint, but usually, it affects the foot, hand, knee, wrist, and ankle joints on both sides of the body. Most of the time the joint pain clears up in about two weeks, but it has been known to come and go for as long as ten years.

Hepatitis B infection, which causes severe inflammation of the liver. In that case, it can cause a severe and sudden form of arthritis that affects many joints on both sides of the body. Also, the hands and knees are the most common sites, but the wrists, ankles, elbows, shoulders, and other large joints are also affected. Arthritis often starts before jaundice (yellowness of the skin) of hepatitis, and it may last for several weeks after the jaundice is gone. For patients with chronic (meaning long-lasting) hepatitis, joint pain may come and go.

Rubella, a mild but highly infectious viral disease, causes joint pain in many adults, especially women. Joint symptoms tend to appear within a week of the rash common with this disease. The joints are usually not inflamed, but they are stiff and painful. The hands, knees, wrists, ankles, and elbows are most commonly affected. The joint pain of rubella usually goes away within two weeks, but in some cases, it can last for several years.

In addition, the rubella vaccine also causes joint pain in about 15 percent of people. Joint stiffness occurs about two weeks after the shot and lasts for about a week. The vaccine has been known to cause more severe joint stiffness in some people, however, which can last for more than a year.

Human immunodeficiency virus (HIV) is the virus that causes AIDS. HIV connects itself to several different forms of arthritis. When people are newly infected with HIV, they often have flu-like symptoms and joint pain. About 10 percent of HIV patients have severe joint pain that comes and goes, mostly in the shoulders, elbows, and knees. As a result,  patients with HIV are much more likely to develop reactive arthritis, Reiter’s syndrome, and psoriatic arthritis. In these cases, doctors aren’t sure whether HIV actually causes these forms of arthritis, or whether arthritis occurs separately. Up to 30 percent of HIV patients also suffer from fibromyalgia.

In some cases, insects carry these viruses that could cause arthritis. Alphaviruses, mosquitoes carry one such family of viruses in Africa, Australia, Europe, and Latin America. All can cause arthritis symptoms.

How do doctors identify viral arthritis?

There is no specific test for any type of viral arthritis. Therefore, your doctor will make a diagnosis based on other symptoms. Usually, blood work and X-rays don’t help. In many cases, the diagnosis of viral arthritis is made after a search for other causes turns up negative and your symptoms or history suggest a virus as the cause.

How to treat this condition?

In most cases, viral arthritis runs its course fairly quickly. Your doctor may recommend a medication to help with the discomfort. Most of the time this will be an over-the-counter pain reducer like acetaminophen (Tylenol) or a nonsteroidal anti-inflammatory drug (NSAID), such as aspirin or ibuprofen. Your doctor may also recommend  the use of hot or cold packs on the inflamed joints and rest. To summarize, we want to help you with your arthritis treatment. 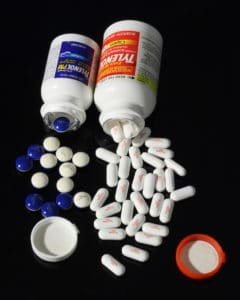 Schedule an appointment today for any of your medical needs.

We have physiotherapy offices in Brampton and Hamilton (East Hamilton, Stoney Creek, Hamilton Mountain) that would be happy to receive you.